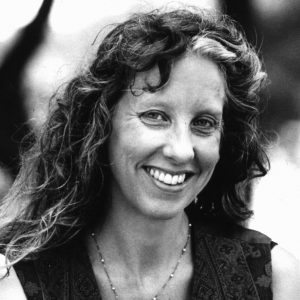 Susan Armington ( B.A.Brown University; M.S. Linguistics/TESL,Cornell University) taught ESL for 10 years at Cornell University and the University of Minnesota, and 2 years at the National University of Tsukuba in Japan.  Since then, she has worked largely in art, creating artwork and leading workshops in schools, universities and communities across the state. She is on the Arts in Education Roster for the MN State Arts Board, and the arts roster at COMPAS.  She first began the Talking Suitcases™ project on her own and then led it with Intermedia Arts with a focus on immigration. Now she leads Talking Suitcases with a wide range of groups and communities, facilitating the creation of art and stories about what matters most to people in their lives. In 2008, she was named “Changemaker of the Year” by the Minnesota Women’s meridia online Press for her “impact (through Talking Suitcases) on the lives of women and children.” In December, 2009, her project was the subject of a show at the University of Minnesota, filling the Nash Gallery with Talking Suitcases, and showcasing the art and stories of nearly 100 people about their lives.

She says, “What I’d like to talk about [at MinneTESOL] is the power of story, ways to access deep and meaningful personal stories in a short time, and the special role of visual media in the shaping and sharing of these stories.” She will tell some particular stories of transformation and gaining of authentic voice from her Talking Suitcases workshops – highlights from her work with Hmong youth, Vietnamese and Hmong elders, and cross-cultural community groups of Somali, Vietnamese, African American, Euro-American and Oromo neighbors.