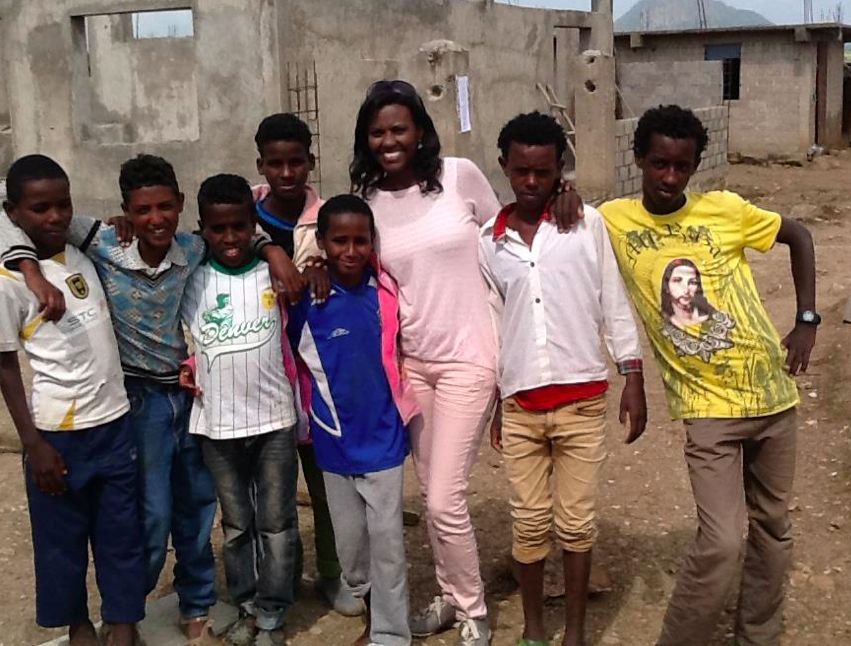 This annotated bibliography shares a list of fiction featuring multicultural characters and appropriate for a wide-range of readers. Through a mix of poetry, narrative, and short story our goal in creating this bibliography was to document a collection of multicultural literature that reflects the diversity of English language learners (ELLs) in the U.S. and strives to include groups that often remain absent from our literary canon. If you prefer a more visual format, please check-out the Haiku Deck linked to here.

The theme of this collection of children’s literature is Sankofa.  The Sankofa, a widely used African-American symbol, depicts a bird that looks back while it flies forward. This collection

covers a wide range of topics including Somali folktales, literature that honors the traditions of Islam, and stories highlighting the immigrant and refugee experience. It also address themes of adjusting to a new life in the United States of America and the language acquisition process that many ELLs experience, thus allowing us to look back while moving forward.

The literature included here may provide useful alternatives for teachers with ELLs in their English Language Arts (ELA) classes.  Many ELLs find it hard to identify with the content represented in most of the traditional literature because it is often western-focused. Our goal with this annotated bibliography is to incorporate a list of literary examples that resonate with ELLs in grades 5-8, which can help students make text-to-self connections with the literature. Students are able to comprehend text better when they can make highly personal connections to the reading materials (Keene & Zimmerman, 1997). The selections could be used in classrooms for a combination of independent reading, literature circle options or whole group readings.

In addition to the list below, we have included a more visually interesting presentation, which you can see on the slides/video. It is our belief that being able to see a book’s cover art, read a synopsis and consider ideas for classroom application all in the same place will attract teachers to texts they may have otherwise overlooked.

The White Nights of Ramadan is a story out of the Arabian Gulf. In this region, during Ramadan, there is a three night period where children wear traditional clothing, and walk around to their neighbors and friends collecting treats (just like trick or treating). This is a story about a little girl named Noor and her brothers preparing for this exciting time. This is a beautiful picture book that I like recommending to students for their independent reading time.

Katherine Applegate tells the story of a Sudanese refugee who is resettling in Minnesota after losing his family in Sudan. His father and brother were killed, and his mother separated during an attack. He is sent to Minnesota to live with his aunt and cousin. Through narrative, free verse poetry, Applegate tells of Kek’s transition to life in Minnesota and adjusting to his new life. At the end of the story, even through highs and lows, Kek is able to find a balance between adjusting to American life and staying true to his Sudanese heritage. Even though the book is written by a white woman, she acknowledges this disconnect, and it could be used to spark this important conversation with our students. This book would be appropriate for Intermediate ELLs. One idea for classroom application of this book would be to introduce figurative language and poetry to students.

An tells the story of a young, Korean girl who moves to America. Through short snapshots of her growing up and adjusting to the new life in America, we see the main character, Young Ju, grow up and learn to balance her Korean values with life in America. She uses Korean words throughout the book and descriptive language to describe the things she does not know in English. She struggles with family dynamics in the new country and overcomes an abusive, alcoholic father while maintaining good grades to improve her future. This book is better suited for more advanced ELLs and could be used in the classroom as a literature circle option.

The book is a collection of short stories about young, Cuban immigrants adjusting to life in the United States. Each story follows a different young girl that struggles to find balance between her native language, Spanish, and English. The author includes Spanish words and many examples of how the desire to be like everyone around you can influence a young person’s decisions and self-identity. This book would be appropriate for high novice to low intermediate English learners, especially for students with L1 in Spanish. This story would be a great way to introduce students to plot structure in narrative stories.

This is an average teenage mystery solving book reminiscent of classics like Nancy Drew and Encyclopedia Brown. In this series, Amal and her friends band together to solve mysteries that arise at her father’s Air and Space Museum. This book is about some important documents going missing that need to be found to save Amal’s father’s job. This text could be used in small group guided reading, or even as a read aloud for the entire class.

The Travels of Igal Shidad is a Somali folktale that follows a man through his journey across the desert in search of a better home for his family. He asks Allah for help along the way, and realizes in the end that every one of his prayers were answered. This story would be useful to teach theme and would be very approachable for newcomers.

This is a scary Somali folktale that starts out with lots of blood and gore – sure to hook any classroom of readers. Dhegdheer is a monster that roams free in the Hargega Valley of Somalia, eating up little children that cross her path. The story is about a mother and her son, and eventually their good nature overcoming the evil Dhegdheer. This story has both the Somali and English translation, and would be an excellent tool to get everyone reading – no matter their “level.” It may work to pair a stronger English speaker with a newcomer, and ask the newcomer to read/tell about the Somali text. http://humanitieslearning.org/resource/resourceDetails.cfm?id=4844

This book is a collection of short stories, fables, songs, poetry and biographies. The connection between all these pieces is that they are made to be read aloud in 10 minutes or less. The fables and stories are from many African countries such as Nigeria and Angola. The biographies are on famous African Americans. The book ends with background information on slavery and African-American history. The content in this book would be appropriate for many levels with the correct scaffolding. Read aloud to a novice class with a graphic organizers and sufficient background knowledge could be quite beneficial or independent bell ringer activities would be sufficient for more advanced readers.

This is a beautiful little rhyming book written from the perspective of a little girl telling the reader all about the different customs of Islam through colors! “Orange is the color of my henna designs. They cover my hands in leafy vines.” This text could be used in art,  a simple phonics lesson, or to support the 5th Grade Standard CC.RL 5.7: how visual elements contribute to the tone, meaning, and beauty of a text.

Lai uses narrative, free verse poetry to tell the story of a Vietnamese refugee’s transition to life in the United States. The short poems start with discussing life in Saigon and continues on to detail the voyage and life in Alabama through the voice of a young, 10-year-old girl named Ha. She laments the struggles of learning English as well as the cultural assimilation to life in rural Alabama. Ha talks about being the only Vietnamese child in her school and how she is bullied for being different. Eventually her family finds balance in the community and learns to live in Alabama while still holding on to their own culture. This work would be appropriate for readers from intermediate to adult. This book could be used as a language arts supplement to a social studies unit on The Vietnam War. It would also be a good text to use for poetry standards.

This book was just published in October, by local Minneapolis teacher, Mariam Mohamed. The story is about a little girl who moves to Texas from Somalia, and begins 4th grade. She is the only muslim student in the class. She is teased terribly at her new school but despite it all, she follows Ayeeyo’s (grandmother) golden rule and is always helpful and kind. Eventually things get better, and her classmates learn a valuable lesson.This is the kind of book to use in the first few weeks of school. It would be a great tool to support character education, classroom expectations, and the importance of being kind or welcoming new students.

This is a wonderful Somali folktale in which a Sultan invites the men of a village to bring him an offering of the piece of a sheep that has the power to unite and divide. A poor man puts his trust in his daughter’s clever idea (the gullet of the sheep) and the daughter eventually wins the Sultan’s blessing to one day rule the land. This would be a great text to use at the beginning of the school year to discuss the importance of generosity, trust and community. This text would also work well with guided reading groups, or newcomers due to the bilingual translations. http://humanitieslearning.org/resource/resourceDetails.cfm?id=4847

This 120 paged story is about a girl named Zamzam who flees Somalia during the civil war and moves to the US with her family. Zamzam faces many challenges when she first arrives in the US. Over the course of the story, she learns how to deal with the prejudice she faces and finds a balance between her Somali identity and growing up as an American kid. This would be a great text to read aloud or as guided reading practice.