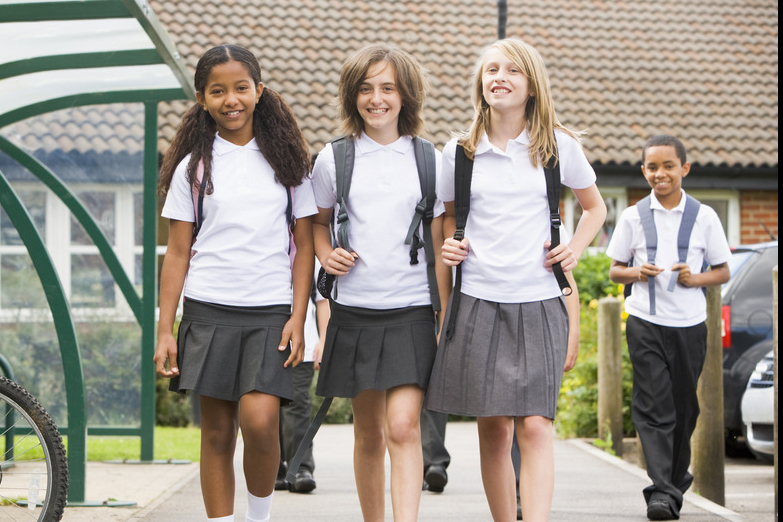 Education and Advocacy for Secondary SLIFE

This article generated from a study on teacher perceptions of their preparations to meet the needs of secondary SLIFE, which has implications for anyone who is interested in improving education for this population of students.

Three years ago, I wrote my Master’s capstone on English as a Second Language (ESL) teachers’ perceptions of their preparation to meet the needs of secondary SLIFE (Students with Interrupted Formal Education). This topic was drawn from my own experiences as a secondary teacher working with a high population of refugee SLIFE in several different schools. In my research, I found that in many cases, secondary teachers felt that their schools were not adequately meeting the needs of these students and that they often felt underprepared when it came to understanding SLIFE and meeting their needs. To help mitigate this gap in teacher preparation and knowledge, in this article, I will describe many specific challenges and resulting needs that can differentiate SLIFE from other students, and will suggest a few ways to improve educational outcomes for SLIFE.

In the introduction to my capstone (Herman Hill, 2015), I told the story of one of my typical 11th grade students—I called her Paw Eh. She arrived in the U.S. at age 15 from a refugee camp in Thailand, and not only knew no English, but was semi-literate in her own language. Her family had to flee her home country of Burma due to war, and she attended school on an intermittent basis in the refugee camp. Her first and second years in the U.S. were spent entirely in sheltered English Language (EL) courses, where most of her instruction was provided by EL teachers who modified language and content to make it comprehensible for her. Her EL teachers considered her a bright and motivated student who had wonderful potential. In her third year, she was placed in mainstream classes where she was expected to do grade-level work and prepare to graduate. Some of her classes had EL support, but most of them did not. Paw Eh was overwhelmed by her schedule and had trouble following along and understanding her teachers in her classes. She read at a third grade reading level, so she was not able to comprehend the reading on her 11th-grade standardized tests. She had never taken science classes in the refugee camp, and struggled to grasp the abstract content in her biology and chemistry classes. Her family was starting to pressure her to find a job so she could help support the family. She was starting to believe that her dream of going to college and becoming a teacher was an impossible one. She felt like she was not smart enough for high school, and was considering dropping out.

Sadly, I still see cases like Paw Eh’s each year in my work as a high school EL teacher. While there have been improvements with school districts’ awareness of SLIFE, movement has been slow in adapting classes and curricula to better meet their needs. Each year I see heartbreaking attrition in my classes and I worry over what opportunities these students will have without a high school diploma. SLIFE meet many difficult challenges in secondary schools today, and by many accounts these students are the “highest of high-risk” for dropping out (DeCapua, Smathers, & Tang 2009). In addition to social, emotional, and family factors, SLIFE are dropping out for academic reasons. According to Rong and Preissle (1998), refugee and immigrant students often drop out because of a lack of psychological and academic preparation before entering U.S schools, and House (2001) found that another factor contributing to the decision to drop out is students’ negative self-perceptions about their academic ability. DeCapua and Marshall (2011) assert that many students with limited formal education drop out because of cultural dissonance, and that an insistence on providing a one-size-fits-all curriculum that does not attend to the needs of SLIFE means that those students will at best get a superficial understanding of the material. By not attending to the specific needs of these students, many secondary schools are denying them access to a comprehensible, accessible education, and thus are not putting them on a viable path to graduating with English and academic proficiency, nor on a path to college and career readiness.

SLIFE like Paw Eh face many challenges at the secondary level because of their unique set of needs. DeCapua, Smathers, and Tang (2009) describe the importance of “educating the whole child” (p. 32) when educating SLIFE and the need to focus on affective issues, such as emotional needs, as well addressing language and academic needs. They also outline key elements of successful SLIFE programs and list “devoted and well-trained teachers” (p. 84) as one of these elements. They state that teachers need to nurture students and be responsive to their academic, literacy, emotional, physical, and cultural needs.

Most SLIFE enter high school with academic background knowledge and literacy abilities that are below those of their native English-speaking peers (DeCapua & Marshall, 2011). Many of my students have told me that their schools in the refugee camps were overcrowded, and resources such as books and writing materials were scarce. Students have also shared that they were frequently pulled out of school to work and help their families. These interruptions to their education and lack of quality education result in many educational disadvantages for SLIFE.

Many SLIFE enter secondary schools without basic literacy skills, so instruction needs to begin with the alphabet and basic phonemic awareness. Another important consideration is that many SLIFE come from oral cultures that have different ways of perceiving and organizing knowledge (Watson, 2010). A further example of academic differences that DeCapua and Marshall (2011) describe is the difference between formal and informal education. They describe formal education as highly structured within a regulated and predetermined system. Informal education, on the other hand, is incidental learning that that takes place in response to needs as they come up. SLIFE often arrive in U.S. schools with many rich experiences in informal learning, but with a lack of formal learning. As a result, SLIFE are accustomed to learning about topics that are immediately relevant to them, rather than learning about abstract topics that are common in Western education.

In many cases, SLIFE are expected to complete high school within four years, the same as their U.S. born peers. With increased pressure from school and district administrators to improve school graduation rates, many SLIFE are graduating high school with limited language and literacy skills and only preliminary knowledge of the academic skills mentioned above, and thus are not adequately prepared for college and career.

Another common trait of SLIFE, especially those who are refugees, is that they and their families have experienced emotional trauma. Karen refugees from Burma, who in recent years comprised Minnesota’s fastest-growing refugee group, have very high rates of war trauma and exposure to torture (Koumpilova, 2015). Along with the interruption in schooling that war causes, emotional trauma has a significant impact on language learning (Bigelow & Watson 2012). Neuner, Catani, Ruf, Schauer, Schauer and Ebert (2008) conducted a study of war-torn countries in which they demonstrated that trauma has a negative impact on an individual’s ability to hold new information, particularly symbolic information, in memory.

A few signs of trauma outlined in a report by the Center for Victims of Torture (Johnson, 2005) are symptoms such as short-term memory problems, irritability, feeling watchful or on guard, exaggerated startle response, and even suicidal thoughts. For refugees, the stress of starting a new life in the United States can often worsen these symptoms. According to Montero, Newmaster and Ledger, (2014), intensive supports are necessary to not only minimize the huge gaps in formal learning that SLIFE present, but also to address the psychosocial needs associated with flight and trauma common to refugees. If students’ mental health needs are not being met, they will have little chance of achieving success in school, so it is imperative that teachers and schools that serve SLIFE have the proper support networks in place for students and families who are grappling with the aftermath of trauma.

There are also challenges as refugee students adjust to a new school culture. In addition to culture shock, DeCapua, Smathers, and Tang (2009) describe some SLIFE experiencing “school shock,” especially those students who have never been to school before (p. 36). These students need to learn typical classroom behaviors such as sitting in a desk, holding a pencil, and asking for a hall pass. School shock can result in behavior problems for some students. McBrien (2005) states that many refugee students view schools in their home countries as places of authoritarian rules and harsh physical punishments when they break the rules. American schools, on the other hand, are sometimes viewed by refugee students as places with no behavioral rules. As a result, some refugee students can develop discipline problems, and many refugee teens are vulnerable to gangs, drugs, sexual exploitation, and dropout (McBrien, 2005).

Another challenge confronting SLIFE is that many of their physical and health needs were not met when they were children and displaced or living in refugee camps, which affects overall development. Barton and Coley (2009) point to factors such as low birth weight, hunger and malnutrition, as factors that negatively affect cognitive and academic achievement. Since they often lacked access to adequate health services and nutrition as young children, these are all factors that can heavily impact SLIFE. In my own experience, I have seen many SLIFE who suffered health problems such as hearing loss from untreated ear infections and developmental delays as a result of malnutrition or injuries as a child. This can result in some SLIFE requiring special education services.

Teachers of SLIFE need to be aware of all of the above factors in order to help students get the academic, literacy, cultural, emotional, and physical supports that they may need in order to be successful in school.

Ways to Improve Education for SLIFE

Clearly, there are myriad challenges surrounding educating newcomer SLIFE at the secondary level. However, this is not a reason for teachers and administrators to throw up their hands in frustration. SLIFE have many strengths such as resilience, creativity, persistence, and motivation (just to name a few) that make them a joy to teach. They should not be seen as a problem to solve, but as an asset to our schools. However, there are a number of ways that teacher education programs, and secondary schools by extension, can improve how they prepare teachers to work with SLIFE.

SLIFE have a wide variety of needs, and they need strong advocates in their school to help meet those needs. These students are fighting for a better life in a new country, and they often need to teachers to fight alongside them to make sure they get the opportunities and education that they deserve.